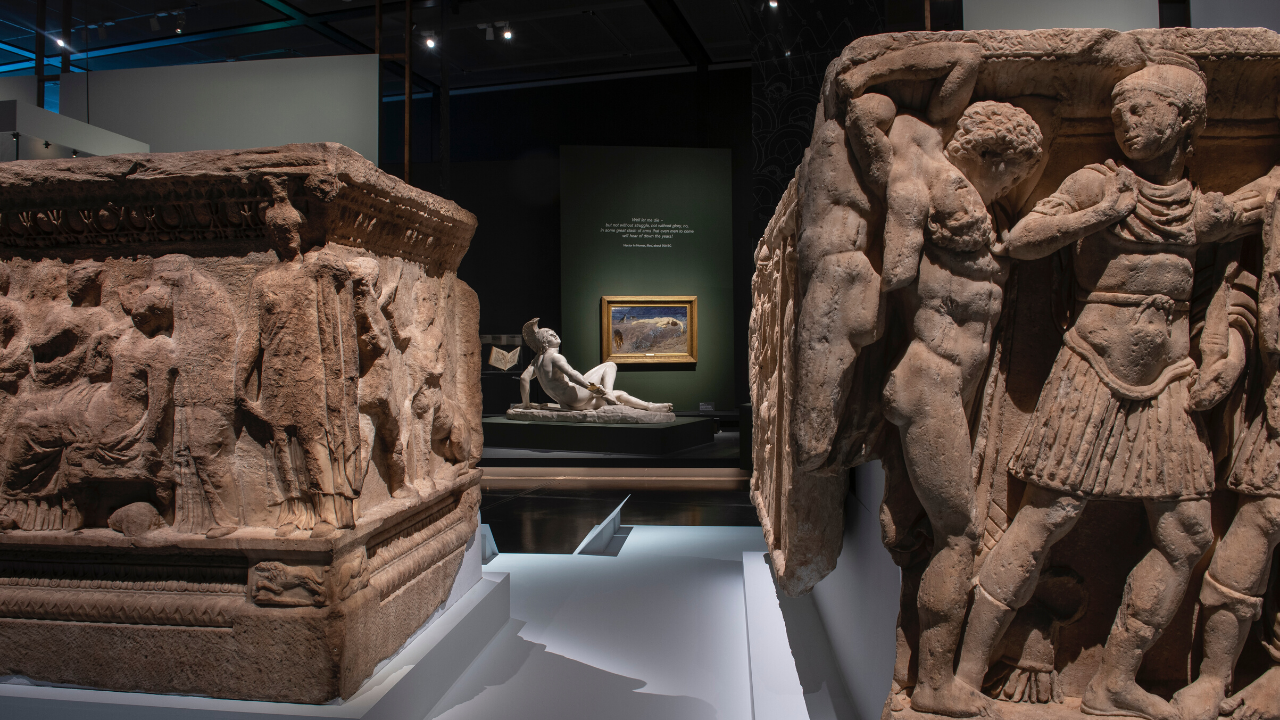 For Troy: Myth and Reality, Factory Settings bisected the 1120 square-metre space of the British Museum’s Sainsbury Exhibition Gallery with an exposed timber frame spanning 45 metres. This epic structure housed many of the museum’s large airtight Hahn-Louda showcases, as well as new and reused cases with varying conditional needs and access requirements, and the reveal through the skeletal wall invited visitors to take in the scale of the gallery and the extensive display of 300 exhibition objects, while boldly redefining the architecture of the museum’s largest gallery.

As well as continuing a strong relationship with 3D Designer Vassiliki Holeva (RAA), which sparked a creative and open collaboration throughout the short build and tight development programme, Factory Settings worked with Showtex to establish an intricate 6-meter-high, 43-meter-long story wall envisioned by 2D designers, Mat Maason (RAA). The illustration was constructed on split battens and meticulously aligned panel by panel to unveil the story of Troy. We additionally built a structurally sound Trojan Horse for visitors to pass under, complete with integrated objects and digital media, and an archaeological plinth with combined lighting, projection and rigged graphic banners to complete the ensemble.

Photos ©The Trustees of the British Museum